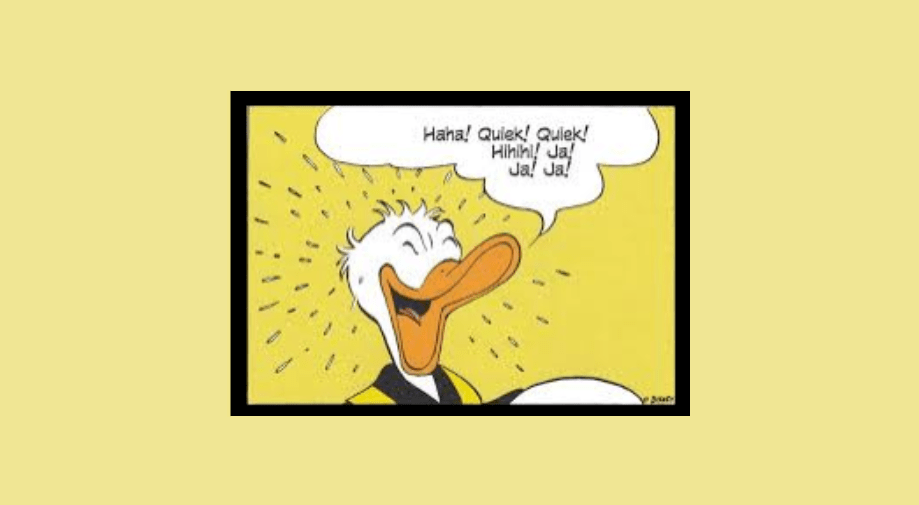 Eaten too much but don’t want to go for hover, plank or crunches because they are far too strenuous? Your favourite course Bodyattack is still not taking place? The gym is still closed or has limited access and you don’t really feel like doing strength training at home? Or maybe you have just moved and are new in town, so you don’t know anybody and don’t have a new studio yet?

The answer is a good laugh.
Laugh until your stomach hurts, your voice goes out, you get hiccups.

We all know, of course, that laughing is healthy. We think above all of the psyche, because laughing releases endorphins – it relaxes and makes you happy.

“The most lost of all days is the one where you didn’t laugh.”

Nicolas Chamfort in the 18th century, in the France of the Enlightenment
and the French Revolution

In fact, laughing burns calories, because the heartbeat goes up and – everyone who has ever had a real laugh attack knows this – the abs get really active. A study conducted by Vanderbilt University Medical Center several years ago found “that ten minutes of laughter burn about 50 calories”.

That doesn’t sound like much at first, but if you extrapolate this to an hour, you’ll get 300 calories – that could well be equivalent to one unit of strength training.

It is a pity that one can rarely laugh for an hour in a row. Therefore the option “Laughter as a complete training substitute” is unfortunately omitted…

Ok – for me it could never replace Attack anyway. Because despite all the positive aspects, the adrenaline rush is completely missing… And with Attack we always do both: We laugh while we train and have an adrenaline rush. 🙂

Apart from the fact that you can’t laugh at the push of a button – or can you???

In Germany, there is a television station, say the name starts with Tele and ends with a number; this station broadcasts a programme, say the name starts with Schle and ends with faz; in this programme the “worst films ever” are broadcast in full length and are incredibly intelligently and sophisticatedly commented and interpreted – in the form of subtitles during the film and in regular breaks in which what has been seen so far is analysed and discussed.

My good friend from Bavaria, who was already mentioned in one way or another in some of my posts – let’s just call him B. like Bernd – had told me about this TV show, but so far I had never managed to watch it.

Now we discovered by chance that you can stream the show and there is even a media library to watch old episodes whenever you want.

And so we had a great idea – after all, special times require special measures! B. and I watched it together – one was lying on his couch in his apartment in Bavaria, the other one on hers in Northern Germany, on 3-2-1 we pressed “Start”, the mobile phones were connected in a permanent line – and off we went.

I just want to say this much: The next day my abs ached and if we take the average values from the Vanderbilt University bill as a starting point, we just laughed away up to 600 calories lying on our sofas that evening!

And it gets even better: There is even an afterburning effect, as you would expect from a proper training. Because even today I still get uncontrolled giggles when I think of certain scenes from the movie… or of the sound of B.’s likewise uncontrolled laughter through the phone!

Conclusion: This was certainly not the last time we have FIBEEEEERED!! 😀