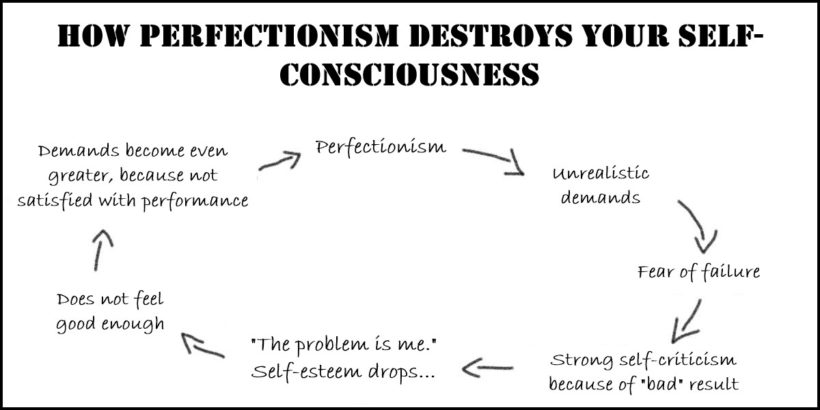 The other day a colleague of mine, a yoga trainer and enthusiastic cyclist, ran into me in the changing room after her RPM training.

I was quite surprised about this statement and so the only answer I could think of was: “I never watch this programme, did they have to do cycling?”

No, it’s muuuuuuch worse, because she apparently doesn’t watch the show either, or only very sporadically. In truth she was referring to herself: She was “soooo fat” and needed to “lose weight urgently”.

I was shocked. Believe me, she’s far from fat. My colleague is a tall, slim woman, super agile, besides doing yoga she cycles a lot – outside or in Les Mills RPM classes. So she’s definitely stepping on the gas.

The joke is: On the very same day in the stretching room a buddy and enthusiastic Attack participant said to me: “I have a paunch. Like flabby cheeks. Disgusting.”
It’s worth mentioning that he hadn’t worked out for several weeks because he was sick first and then he was on vacation…
But still – flabby cheeks? Well, there is not much wobbling there, rather less, I would say…

The joke is: On the very same day in the stretching room a buddy and enthusiastic Attack participant said to me: “I have a paunch. Like flabby cheeks. Disgusting.”
It’s worth mentioning that he hadn’t worked out for several weeks because he was sick first and then he was on vacation… But still – flabby cheeks? Well, there is not much wobbling there, rather less, I would say…

Why do so many people think they are fat? And why is it always the slim ones who think so? Why do we set a different standard for ourselves than for others? (Because the others who look just like us, we do not think they are fat. No – this applies only to ourselves.) And has this “I’m fat” phenomenon, which until now has mainly affected women, now reached the world of men?

I don’t know about you, but sometimes I feel that nowadays you only count for something if you are perfect. Perfect in the sense of: beautiful, slim, athletic, successful and then please also super funny, entertaining, always in a good mood, never tired … If you think about it, you can sometimes panic.

But – is this really a society problem? After all, tastes are different, what one person finds beautiful is totally unattractive to someone else. So it can’t really be a “collective requirement”.

Is it not we are the ones who make such high demands on ourselves? And if so, where does it come from and was it like that in the past, as well? I don’t think my grandmother had such thoughts… On the other hand, back then you had completely different problems. And my mommy? No, I’m sure – she never worried about that.

So where did this claim come from, when did this idea of the perfect human being arise and why do we put ourselves under so much pressure to conform to this image without fail? And why do we believe, regardless of individual taste, that the perfect person must be thin?

After all, there are people who actually do not have such problems. Who simply go through the world with confidence and live their lives – convinced that it is ok the way they are. In my opinion, mostly men. I know few women who see it that way. And even then only after years of mental work and with growing life experience. What is the secret of those people?

Perhaps the original gender role model plays a role here: In the past, women had to please men (visually) so that they could “make a good match” and thus be well looked after for the rest of their lives. This could explain why women are so much more susceptible to self-criticism, especially with regard to their appearance.

And the men? In modern, equal society, women have a choice. They no longer have to accept anything in order to get a good match and to be taken care of. They take care of themselves. They are self-confident, self-reliant, independent. And I can imagine that this is why men now also feel the pressure to “have to please”. This would at least explain why more and more men are afraid of getting fat, for example.

I was finally able to convince my colleague that this little belly, this little rounding, which she finds so incredibly “big “, comes mainly from visceral fat, which protects the uterus and which is very difficult to get rid of for this very reason. (But why get rid of it, somehow it makes us women, doesn’t it?).

Then the conversation evolved in a different direction and we came to talk about a new training tool which our studio also offers to external instructors. We both agreed right away that we think it’s great and that we absolutely have to ask how exactly this tool works – after all, we want to evolve and get better.

And that’s when she said it: “We again, the perfectionists.”

Aaaaaaha – so there’s the rub. Perfectionism. And with this we have also found the right way to deal with the “I’m fat” phenomenon: Letting go. Not wanting to be quite so perfect from time to time.

Honestly – we should not care at all if we are not “good enough” for the others. Should we? But we should be satisfied with ourselves as we are; grow, yes – but also accept our imperfect sides. After all, it is these “imperfections” that make us the person we are. We are unique. Such as us exist only once. No matter whether thick or thin, tall or short, regardless of the job we do.

Maybe we should think about that next time we panic again or feel fat and have the courage to just be perfectly imperfect.

So next time, don’t get too FIBERED.