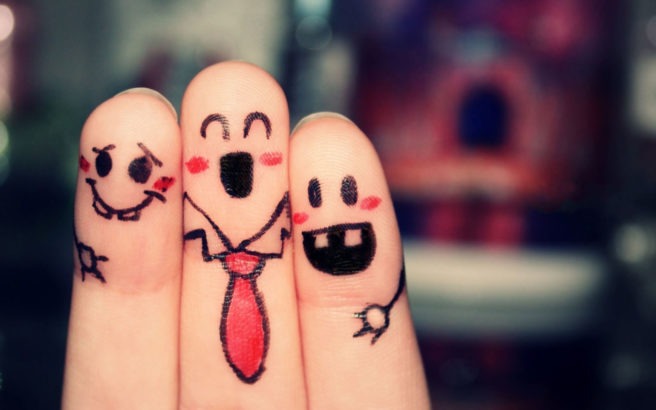 So now it’s time again – we Les Mills instructors have received the new releases and have one month to learn the choreographies before, starting from October, we will train them live in our classes all over Germany.

Of course every instructor has his/her own method of learning. For me it also varies depending on the course, because I can’t learn CXWorx in the same way as Bodyattack.

With Bodyattack it is incredibly easy for me: I first listen to the soundtrack a couple of times. Then I watch the training video two or three times and thereafter I listen to the music in every free minute, do mental training and… “Fingerattack“! 😀

In Fingerattack I simulate the movements of my legs, which in Attack do the main work, with my index fingers. In other words: My index fingers are my legs.
This way I can “train” and learn my choreography independently of where I am at the moment – e.g. in the train or in the car as passenger on the way to Italy, lying on the sofa at home or also in my office during lunch break…
I learn the arm movements as well as the coaching through mental training later on.

Why does it work so well?

Mental training and Fingerattack are based on the same principle: The brain does not distinguish between a “real” movement and one that you “only” imagine (as long as you do it with the right concentration and intensity, of course). In a sense, one can “program” the brain through pure imagination and imagined sensations.

But by actually executing the move – even if only with my fingers, in other words a “substitute” part of the body – I learn the choreography even faster and better than through pure mental training. I get a better feeling for the rhythm, connect the music with “real” movements and automate the whole thing faster. In my real class I can then fully concentrate on the coaching.

With CX this is something different, because here the focus is on our entire core, which is difficult to simulate with your fingers… Which means – no “FingerCX”. 🙁
And in fact I need a little longer to learn a CX choreography and usually do it a few times alone at home before I give my first class. This is not necessary with Bodyattack – I go directly from mental and finger-training into my real Attack class.

In order that really nobody can misinterpret the word “Fingerattack” :), here are some samples from the current release: