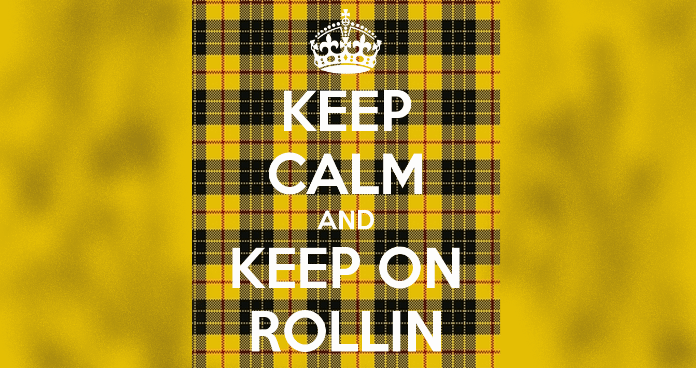 Last week a colleague at work could hardly walk because of pain in his knee, the poor guy. I could tell minutes in advance from his very slow, limping gait whether it was him approaching my office or someone else.

Even though we both smiled about how practical such an early warning system can be under certain circumstances, it is of course no fun at all when you can’t walk or sit for pain. He was affected by both, because he always had pain when he bent his knee.

At first we thought it would be a “runner’s knee” because he had probably overdone the sport the weekend before and because his knee had already caused problems in similar situations in the past.

I advised him to get a fascia roll as soon as possible, as hard as possible and – I’ll be honest – please don’t buy a cheap product from a discount store, but a good quality product. Why the roll? Very simple: In my experience, pain of any kind can result from tendons being shortened or muscles not being trained in a balanced way and thus cramping. For example, I myself once had a hellish “lumbago”, I really could hardly move – only to find out, thanks to a good friend, that the pain was actually radiating from a punctual contraction in the piriformis and had nothing to do with a lumbago. In the same way, a runner’s knee can also result from the hip muscles being too weak or the tendons in the thigh being shortened. Even a calf cramp can affect the knee. This is because all the muscles, tendons and fasciae of our body are interdependent and interact with each other. And just because it hurts in one place does not mean at all that this is where the cause of the pain lies. I always find that fascinating.

However: For the reasons described above, it can help to “roll out” the muscles – in the case of runners we are mainly talking about the booty and hip muscles, the thighs and of course the calves – with the fascia roll. Due to the rolling, adhesions of the fascial tissue that surrounds, connects, separates and stabilizes our muscles and organs – in very simple terms: holds everything together – are released and tensions in the muscles are eased, which in turn has positive effects not only on the respective muscle but on our entire body, our performance, our ability to regenerate and the training effect. For this you can use a special foam roll or, if you have selective cramps like in my case of the supposed lumbago, you can use a special fascia ball.

Yeah, the rolling is painful at first. Very painful. This discourages many athletes.
But it shouldn’t, because if you keep at it and do it regularly, the pain steadily decreases. That is why you should start carefully and not put your full weight on the roll right away. The intensity can then be gradually increased. Afterwards, on the other hand, you feel really good, relaxed, and I personally sometimes feel a pleasant tingling sensation, as if all the cells of my body were suddenly wide awake and very excited. A feeling very similar to that after a bath in very cold water.

And yes, it’s also annoying to have to spend time for that! But trust me, it’s just a matter of habit.
In the beginning I used to roll my legs and back after each training session, but now it is enough once a week – although I like to have a second or third session whenever I have time for it. Each muscle should be massaged for about one minute, preferably from all sides.

More specifically, in my case:

Both front sides of the lower legs one after the other: On the outside, to the side of the shin, there is the only muscle on the front side that requires rolling – ten times per leg slowly from ankle to knee and back again.

Both calves one after the other: I actually only roll my calves in one direction because I have very sensitive blood vessels there. Ergo: Always only in the direction of the heart, from heel to knee. Seven times slowly the outside of the calf, then seven times the middle and finally the inside of the calf.

Now the thighs come one after the other: I always start centrally on the front side (seven times slowly from knee to hip and back), then move to the outer front side (7x), central outside (7x), back outside, central back, inner back, central inside and upper inside, so that I have completed one full rotation around the leg.

If you take a short break after the first leg and feel it out, you will notice that the “finished” leg feels completely different from the other one, much lighter and, as I said, somehow more tingly.

I never roll both legs at the same time, because then you can’t get the muscle from all sides.

After the thighs I continue with the ball. Mine is about the same size as a tennis ball, but made of solid rubber – not as hard as plastic, slightly more flexible, but much stronger than a tennis ball. With the ball I massage the entire booty by sitting on it and simply massaging all muscles criss-cross: the gluteus maximus, medius, minimus and of course the piriformis. Sometimes, if I have a special point of pain, I just keep sitting on the ball with that point for some minutes, quasi as acupressure.

Then it’s the back’s turn: I lie down and push the roll under my booty, then roll down so that the roll practically goes up to my neck. I do that a few times. Here, too, I sometimes stop and keep the pressure on particularly strong tensions, especially in the upper back area.

If you stuff two identical balls into a sock and then knot them together, you can roll them along the spine – this way you can perfectly hit the muscle strands right next to the spine without straining it.

In the end, I place the roll in my neck, at the top of my skull, and turn my head from side to side, as in gesticulating “no”. This is wonderful for the upper neck muscles.

All in all I thereby roll for 20-30 minutes and then feel really FIBEEEEEEER.